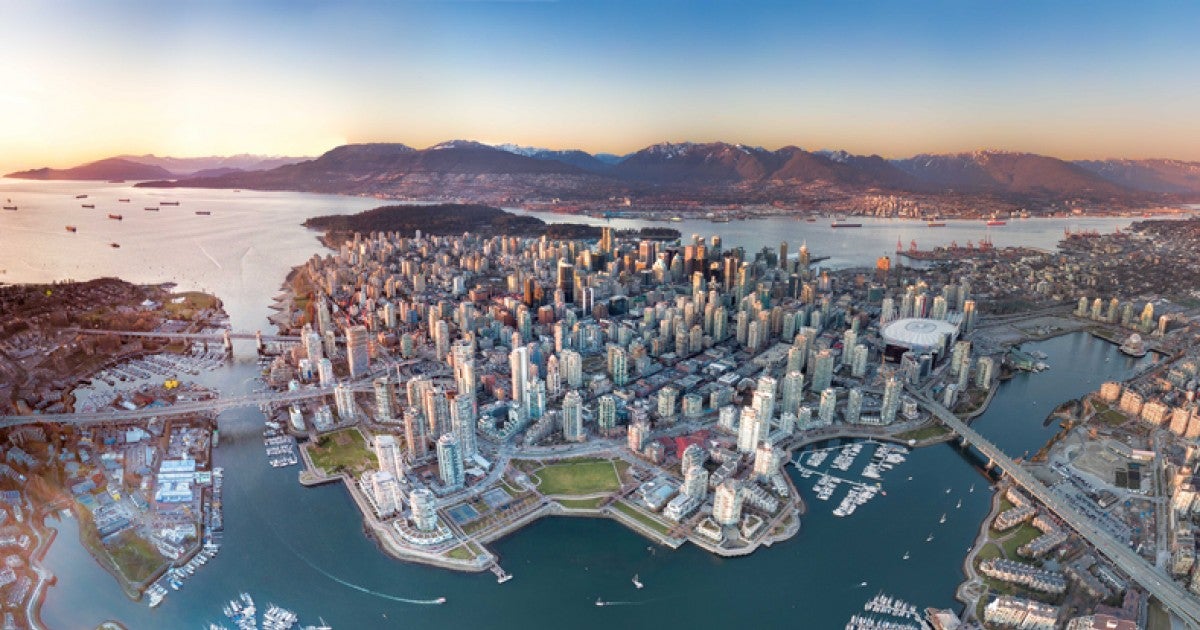 Canadian prices, as measured by the Consumer Price Index (CPI), rose 6.7% on a year-over-year basis in March, up from 5.7% in February. This was the largest gain since January 1991 (+6.7%). According to Statistics Canada, price rises were broad-based, with groceries up 8.7% year over year, gasoline up 39.8%, durable goods up 7.3%, restaurants up 5.4%, and shelter costs up 6.8%. Excluding gasoline, the CPI rose 5.5% year over year in March. On a monthly basis, prices were up 1.4%, following an increase of 1% in February. In BC, consumer prices rose 6.0% year-over-year.
With inflation stubbornly high through the first quarter of the year and unemployment in Canada hitting a record low, the Bank of Canada is now planning to bring its policy rate back to a neutral level, between 1.75 and 2.75 per cent, much faster than previously anticipated. We expect the Bank will continue to tighten until there is clear evidence that inflation and inflation expectations are moderating back to normal levels. This more aggressive policy stance has already been priced into 5-year fixed mortgage rates, which are now on a path to surpassing 4 per cent for the first time in a decade. 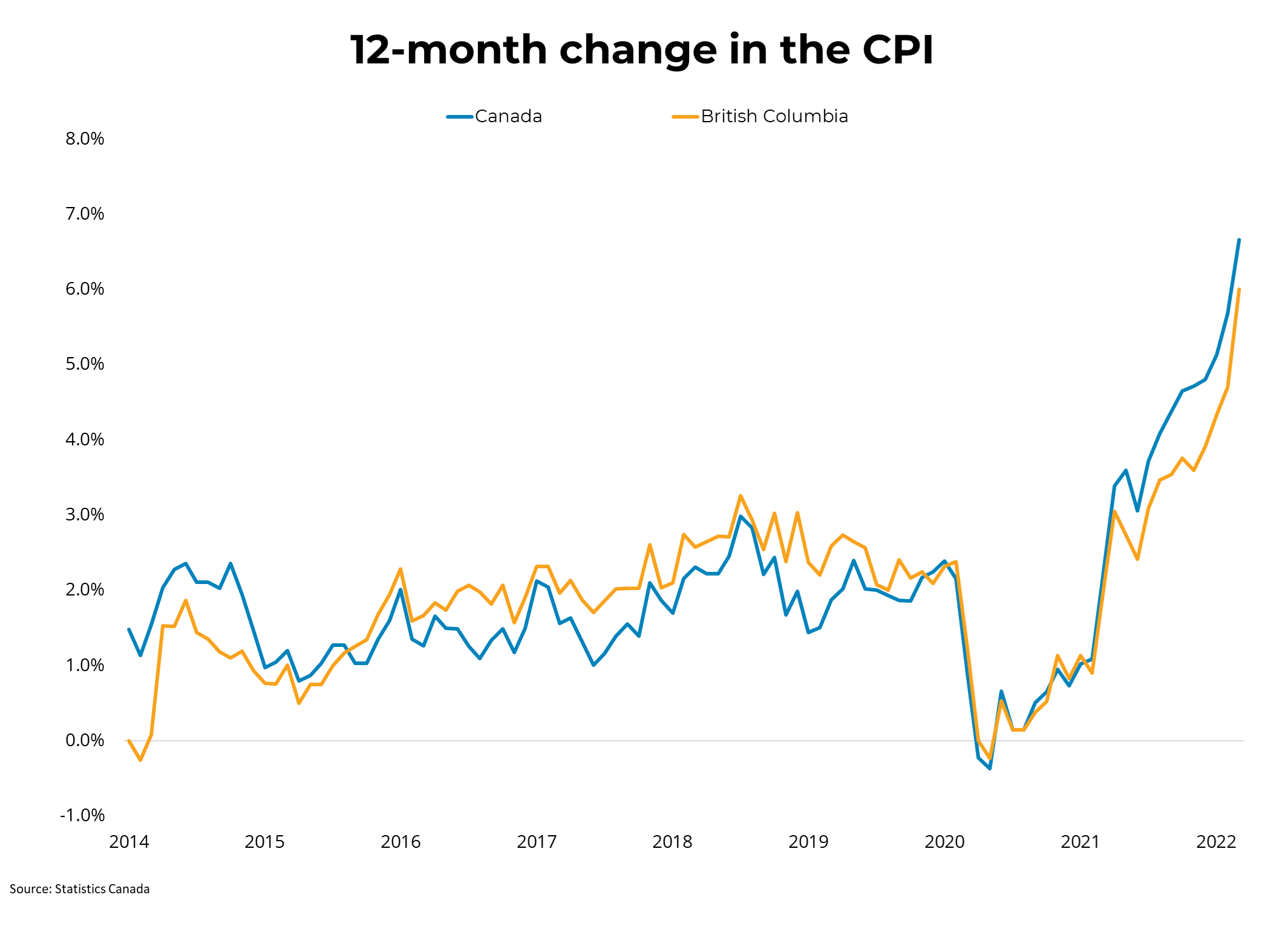 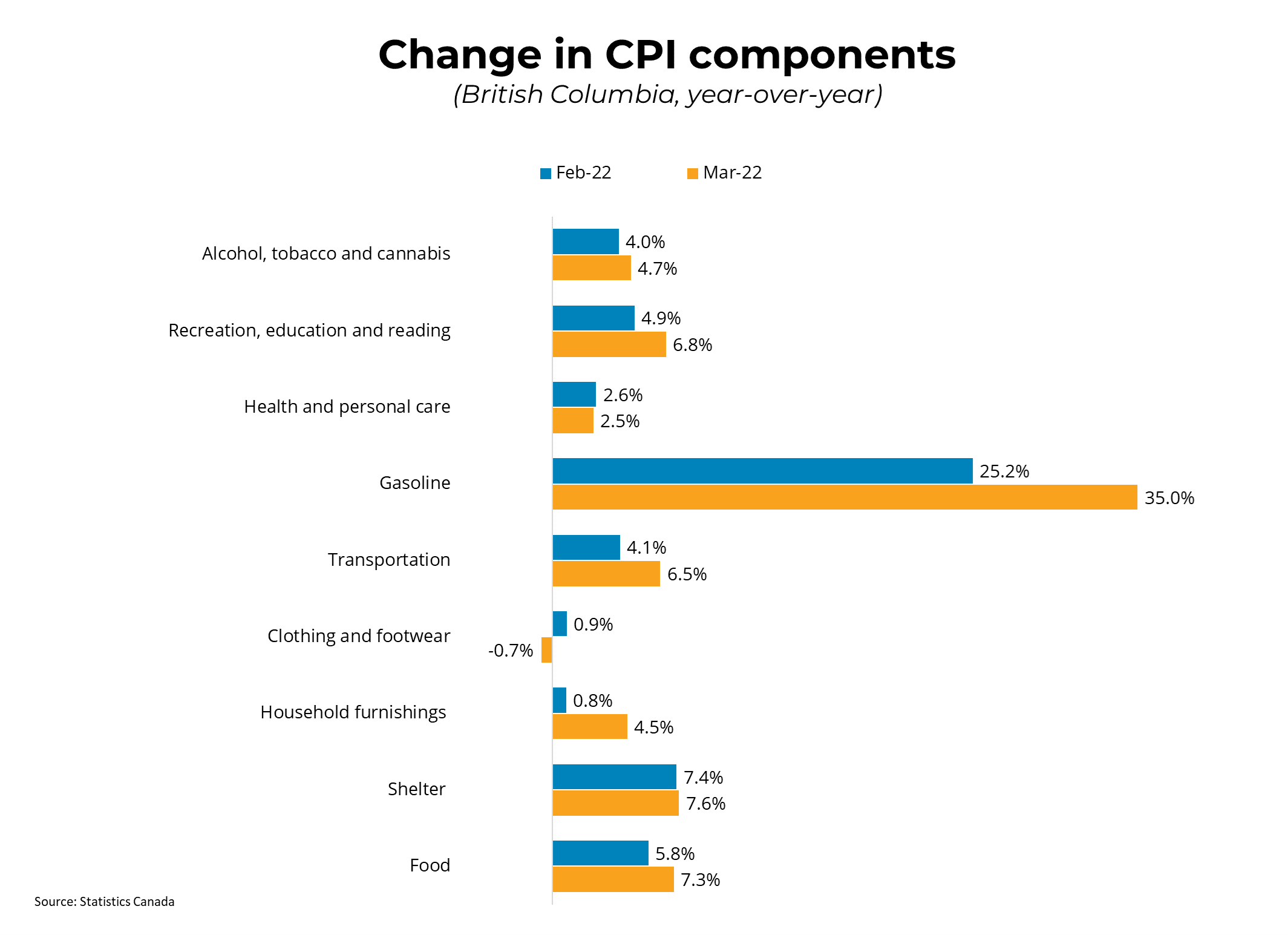